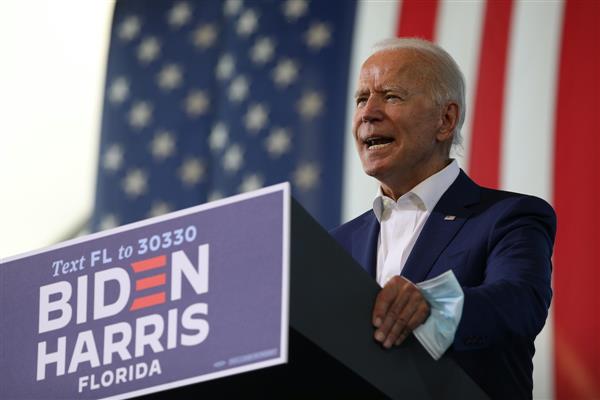 Democratic presidential candidate Joe Biden has vowed to provide citizenship to 11 million illegal immigrants if voted to power in the November 3 presidential elections.

Biden identified this as one of his priorities in addition to beating the virus, rebuilding the economy and figuring out how to restore American leadership around the world.

Responding to a question at a virtual fundraiser on Wednesday, Biden said there is a need to deal with what’s going on at the border.

“We’re going to have to deal with the immigration crisis we have. I’m going to send the House and Senate an immigration bill that’s going to provide access to citizenship to 11 million people, ”he said.

When asked how he would envision his first 30 days in office in terms of both domestic and foreign policy, Biden said: “A lot more can go wrong between now and January 21, and I’m not being facetious. Four more years, we’re not going to have the country we have now ”.

“If the American people elect me, we’re going to have an enormous task in repairing the damage he’s done,” he added of Trump.

“We have to be beating the virus, rebuilding the economy and figuring out how to restore American leadership around the world,” Biden said.

Biden said he would move to quickly implement his plan to deal with the pandemic and reopen safely.

The Democratic presidential candidate also made a note of the challenges facing “the so-called Z Generation, the very young.”

“They’ve really gotten screwed since they got out of school,” Biden said.

“But guess what? They’re the most open, progressive and the brightest generation we’ve ever had, ”he added.

“And we have to embrace them. They know the change we need to make and how we need to be much more, much more integrated in everything we do, ”he said.

Biden was critical of the policies of President Donald Trump.

“The rest of the world is wondering, what in the Lord’s name is happening? What we’re living through today is not normal, ”he said.

He reiterated his attacks on Trump’s handling of the coronavirus pandemic, noting more than 215,000 Americans have died and criticized the president for backing away from stimulus talks.

“He didn’t walk away. He never was part of ’em, ”Biden said.

“Three days later, after he said he was walking away, he said he’s coming back… One day, he’s tweeting that the relief package is too big… next day it’s too small. The longer he’s president, the more reckless he gets, ”he added.

While talking more broadly about the stakes of the election, Biden noted he just got off the phone with Warren Buffett.

“We have to refuse to postpone what America has to do, the work we have to do. There’s nothing beyond our capacity for God’s sake,” Biden said.

“Just got off the phone with Warren Buffett and talking about how… we’re in a position, unlike we were 50, 70, 80 years ago, to lead the whole damn world in a way that no one else can. There’s no limit to America’s future. The only thing that’s going to tear America apart is America itself, “he said. PTI