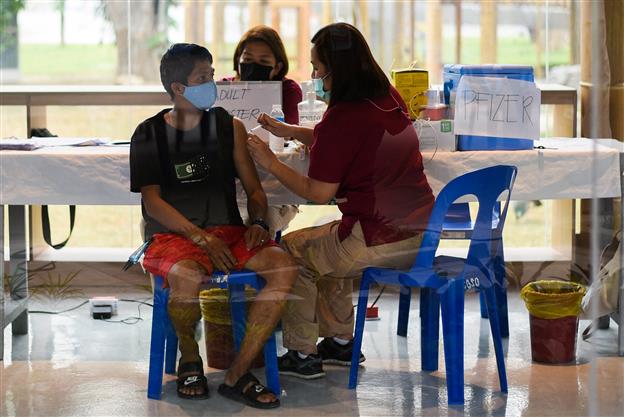 The number of new coronavirus cases globally rose by 20 per cent last week to more than 18 million, marking a slowdown in the surge caused by the omicron variant’s spread, according to the World Health Organization.

In its weekly report on the pandemic, the UN health agency said the number of new COVID-19 infections increased in every world region except for Africa, where cases fell by nearly a third. The number of deaths globally remained similar to the previous week, at about 45,000.

Confirmed COVID-19 cases jumped by about 50 per cent the week before last, and earlier this month, WHO reported the biggest single-week increase in cases of the pandemic.

WHO said in its report issued late Tuesday that Southeast Asia had the biggest rise in coronavirus cases last week, with the number of newly infected people spiking by 145 per cent. The Middle East saw a 68 per cent weekly rise.

The smallest increases were noted in the Americas and Europe, at 17 per cent and 10 per cent respectively. Scientists said last week there were early signs in the US and Britain that omicron-driven outbreaks may have peaked in those countries and that cases could soon fall off sharply.

WHO Director-General Tedros Adhanom Ghebreyesus said Tuesday that the highly infectious variant “continues to sweep the world.” He said it was “misleading” to consider it as causing mild disease, although studies have shown omicron is less likely to result in severe illness or hospitalization than its predecessors.

“We are concerned about the impact omicron is having on already exhausted health workers and overburdened health systems,” Tedros said.

He acknowledged that some regions appear to be out of the worst of the latest omicron wave but warned that “not all countries are out of the woods yet.” AP