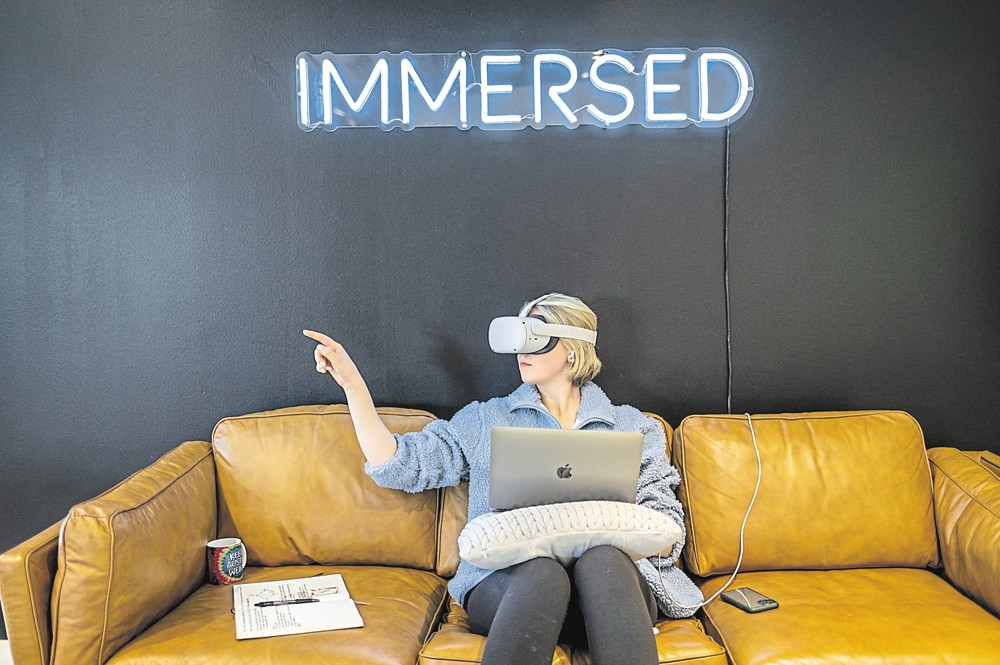 Since October 28, 2021 and the change of name from Facebook to Meta, the metaverse has been on everyone’s lips. A concept with still porous borders, it is one of the elements of the ongoing technological and economic revolution.

What is the metaverse?

The metaverse (from English “metaverse”) is a term that first appeared in the writings of American author Neal Stephenson. In ” The Virtual Samurai, published in 1992, it describes an online world where individuals don the guise of their avatars in order to escape a post-apocalyptic reality. A contraction of “meta” (beyond) and “universe”, the portmanteau word designates an immersive world that has the particularity of being simultaneously virtual, persistent and interactive.

The metaverse reappeared in the eyes of the general public at the very beginning of the 2000s with the video game “Second Life” . The 3D software lets players embody virtual characters in a world they help create. Already at the time, brands were opening virtual shops there.

The soufflé falls and the metaverse disappears from the radar for a while before making a resounding return in 2021. Record transactions follow one another, from virtual Nike sneakers sold for 8,500 dollars to land bought for 450,000 dollars on The Sandbox platform, which allows users to create a virtual world using non-fungible tokens (NFTs).

What is the interest of the metaverse?

The interest of the metaverse is above all technological and responds to a utopian vision of the digital. By freeing himself from the limits of everyday life, the user can discover virtual worlds, take on the appearance of an avatar, build another reality. If this ideal seems appealing, it should be noted that certain accesses to the metaverse are reserved for the wealthy, which contributes to its reputation as a club for the rich.

Marketing experts, in any case, have understood the interest of this new playground. The metaverse is a way of responding to a fundamental trend: that of the explosion in the cost of acquiring new customers for companies. This innovative media is thus an opportunity to evangelize a younger and less captive audience, that of Gen Z and Alpha, who have grown up with digital.

Many jobs will be created by what looks like a new technological paradigm. Jérémy Lamri, HR tech entrepreneur and CEO of Tomorrow Theory, imagines professions such as metaverse real estate agent or avatar stylist.

Who are the main players in the metaverse?

In reality, there is not one, but metaverses. Ideally, all users will be actors in these metaverses, open worlds under continuous construction. For the moment, it is the Gafam who are the pioneers of the metaverse. Thus, Facebook has spent 13 billion dollars to build its metaverse and already sells virtual reality headsets.

Microsoft offers avatars and 3D spaces on its Teams application. Amazon has also positioned itself with a “serious game” to guide its customers through its cloud service. Apple, more discreet, should release a headset combining virtual and augmented reality by 2023. Google, which has already tried, unsuccessfully, augmented reality with its Google Glass, remains more cautious. The Mountain View firm should however offer a new version of these connected glasses.

Among the other video game players who build the metaverse, we can also mention the French The Sandbox or the virtual world of Decentraland.

What is the difference between Metaverse, Web3 and Blockchain?

Metaverses are virtual media while Web3 (Web 3.0) is the new technological paradigm that encompasses the notion of metaverses by integrating the concept of interoperability between these different media. This connection is made possible thanks to NFTs and cryptocurrencies, exchange values ​​of these new universes.

Web 2.0 is that of Gafam and digital as we understand it today, while Web 3.0 is a form of more autonomous Web ideal built thanks to the blockchain, this totally decentralized protocol validation technology.

One of the ambitions of Web3 is to allow total interconnection between these different metaverses. But the sometimes diverging interest of the major players present risks making the task more complex.

What opportunities for companies in the metaverse?

We are currently witnessing a race to the metaverse. Brands want to position themselves so as not to miss the Web3 shift. They offer immersive experiences and virtual showrooms and mobilize their communities, which allows them to attract a younger audience. Proof of the current enthusiasm for the metaverse, Carrefour and AXA have, for example, purchased virtual land on The Sandbox.

Luxury houses have also seen the metaverse as a business opportunity. To celebrate its 200th anniversary, Louis Vuitton (whose parent company LVMH owns the “Echoes”) proposed a game where NFTs were hidden. Dolce & Gabbana earned €5 million selling its NFT collection while Ralph Lauren launched its winter sportswear collection on Roblox.

blockchain Blockchain technology that secures and verifies transactions.
Cryptocurrency Virtual currency based on the blockchain.
Metavers Immersive virtual world made up of a set of virtual universes, connected through the blockchain.
NFT (non-fungible token) Token resulting from the association of a non-fungible asset (image, music, work of art, etc.) with a digital certificate.
Augmented reality Immersive technology to add virtual objects interacting with the real world.
Web 3.0 or Web3 New version of the web. Internet users can move their data from one platform to another thanks to the blockchain.