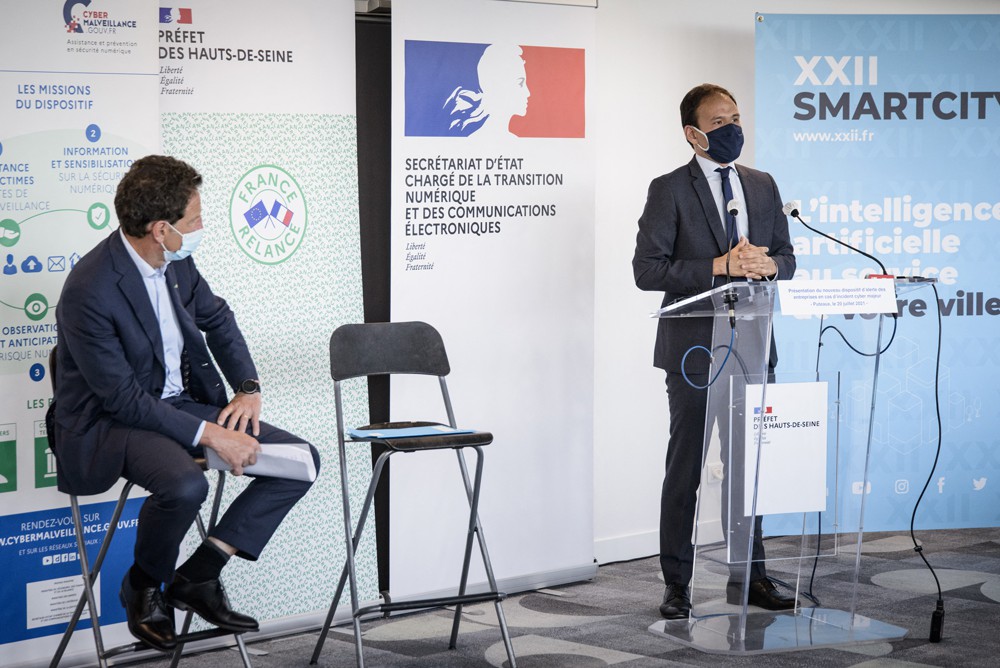 An SME specializing in plastic tubes victim of ransomware, a start-up expert in artificial intelligence which will file a complaint for the same reason… No one is immune from cyber attacks. Not even the small organizations that sometimes mistakenly believe themselves to be outside the sights of computer criminals.

” Everyone has become a target but the first way to protect oneself is a general awareness of the threat, ”pointed out Cédric O, the Secretary of State for Digital Affairs, during the presentation, Tuesday, July 20, of a new risk prevention system. and education for VSEs and SMEs. It will affect 1 million businesses.

Baptized “ Cyber ​​Alert », The system is based on weather alerts. “The craftsman of Castelnaudary, the SME of Plougastel are not aware of the threats because it is not their daily life, but the employer networks can relay the message to them when it is necessary to react to protect themselves”, explains Christian Poyau, co-chair of the Technological changes and societal impacts commission of Medef. Also CEO of the digital services company Micropole, he is at the origin of the device.

” Since the beginning of the year, we could have warned three times, especially when the flaw in Microsoft’s Exchange software was discovered, ”illustrates Jérôme Notin, CEO of GIP Acyma, whose Cybermalveillance.gouv platform promises to put victims in touch with 1,100 IT security providers. The balance to be struck is complex: too many alerts and they would no longer be taken into account. Not enough and SMEs would remain exposed to dangers …

While it is certain that cyber attacks are a risk for SMEs – which the government is also calling on to embrace the digital world – the extent of the scourge is not well known. As complaints are rare – the subject is still a taboo for some victimized bosses – studies are satisfied with estimates to be taken with a grain of salt. According to CPME, 5 to 10% of companies have already been affected by a computer attack. And according to Dominique Métayer, the president of the Union of local businesses (U2P), “for small businesses, these attacks are deadly”.