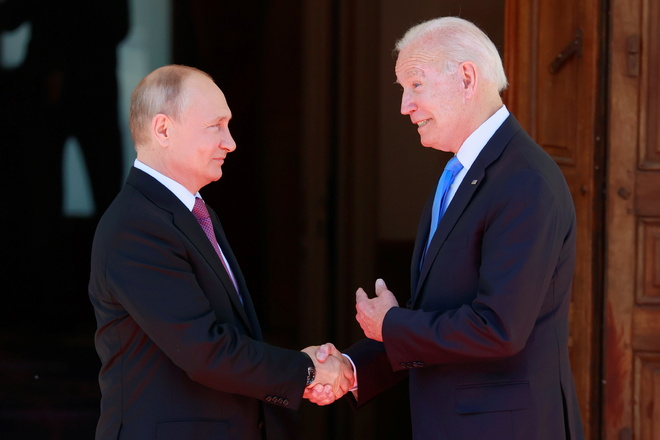 With deep disagreements likely and expectations of solving them low, US President Joe Biden and Russian President Vladimir Putin sat down in a lakeside Geneva villa on Wednesday for their first summit since Biden took office.

Both have said they hope for more stable and predictable relations, even though they are at odds over everything from arms control and cyber-hacking to election interference and Ukraine. Putin and Biden shook hands before going inside, but the news that they would not hold a joint news conference meant there was none of the joviality that accompanied a 2018 meeting between Putin and Donald Trump. Biden said they would try to determine areas of cooperation. “It is always better to meet face-to-face.”

“We’re not expecting a big set of deliverables out of this meeting,” a senior US official said. “I’m not sure any agreements will be reached,” said Putin’s foreign policy adviser. — Reuters