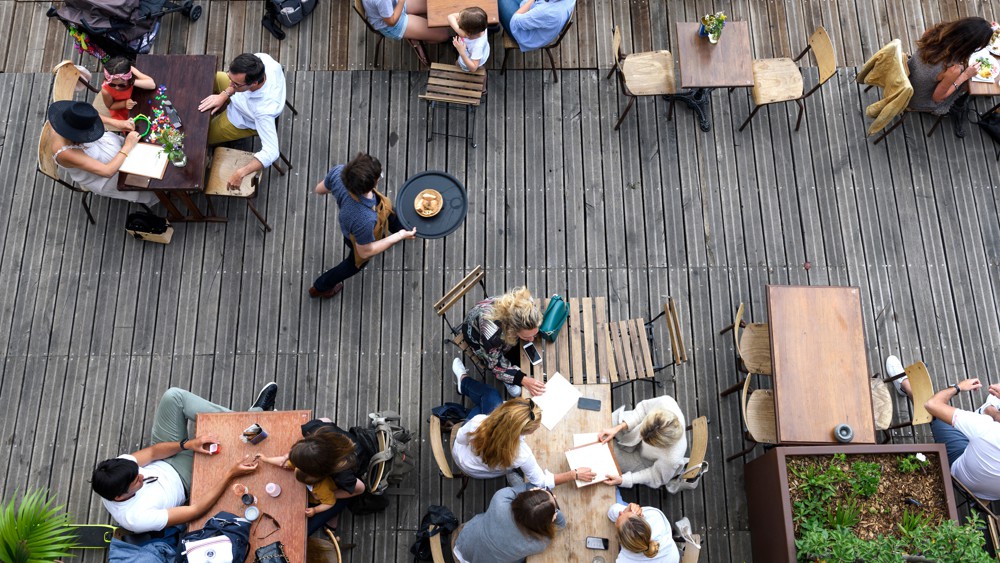 Shortages of raw materials and components are making it difficult for companies all over the world. But another shortage is becoming more and more noticeable: that of personnel. In hotels and restaurants, the situation is particularly critical in Europe and the United States. And the summer holidays, during which tourists want to travel more than ever after two and a half years of Covid, will increase the tension even more.

In France, 220,000 positions are to be filled when you combine the jobs lost during lockdowns and seasonal needs. In Germany, the Federal Employment Agency estimates the number of vacancies in the sector at some 44,800 in May. According to one survey conducted at the beginning of June by the sector federation (Dehoga), 60% of the establishments questioned are looking for qualified staff full-time, 64.8% part-time and the proportion reaches 74.8% for mini-jobs, these jobs not subject to social contribution whose remuneration does not exceed 450 euros per month, the sector representing nearly 10% of these precarious jobs. In the United States, the Labor shortages are amplified by low inflows of foreign workers.

“We’ve been talking about staffing issues in the hotel and restaurant industry for two decades. With the Covid, this bubble burst. The younger generation no longer wants to work on weekends or during holidays. The profession has not sufficiently anticipated the phenomenon and there is no miracle solution,” says Mark Watkins, president of Coach Omnium, a hotel consulting firm.

To recruit, salary increases remain of course the nerve of the war. In many countries, the hospitality and catering are among those most paid at minimum wage. Even if, in France, a long-awaited revaluation took place in 2022. In the United States, the actors are not lacking in imagination. The TGI Friday’s chain offered to reimburse up to $2,500 in spending on vacations to restaurant managers and boosting health insurance.

In Germany, “the tariff agreements concluded this year in the Länder are significantly higher than in the past. Fair and performance-based remuneration is of paramount importance for the attractiveness of employment. But the recognition and esteem of the employees as well as a good working climate are equally so,” emphasizes Ingrid Hartges, general manager of the Dehoga.

Beyond remuneration, the time has indeed come to improve the conditions for exercising professions. “What we see moving in the way of making jobs more attractive is the work on the schedules, cuts. Artificial intelligence can be used to optimize team planning. Some restaurants also close on weekends to leave them free for their employees. In order to facilitate the work, others offer shorter menus,” explains François Blouin, president and founder of Food Service Vision.

Across the Rhine, the professional federation pleads for a revalorization of learning and calls on the executive to develop “flexible and reliable” childcare in order to facilitate the work of women. Last lever: migration policy. Initiatives to simplify the arrival of labor from abroad also take place in France and in the United States.

Mobilization requires the introduction of all-round tools. the groupe Barrière thus turned to Hippolyte-rh, which unearths seasonal candidates via social networks. Accor has, for its part, set up a platform dedicated to recruitment with 2,200 offers present, aimed at job seekers but also allowing, for employees, international mobility.

The group led by Sébastien Bazin also held a recruitment day in Bordeaux on June 13 in Bordeaux, around fifty positions to be filled in several brands, with real-life scenarios and the delivery of a “good for hiring “. A initiative that will be repeated in other regions.

Loyalty is also a major issue. To keep the young talents, international groups are working hard on career progression and geographical mobility. Faced with some of the seasonal workers no longer wanting to change their place of living and accommodation depending on the time of year, winter sports resorts are looking into how to occupy them more in the summer.

Accor is also thinking about how to organize work differently in the future. And does not exclude to imagine employing in a hotel an employee only two days a week to leave him the possibility of developing, the rest of the time, his own activity in another universe.