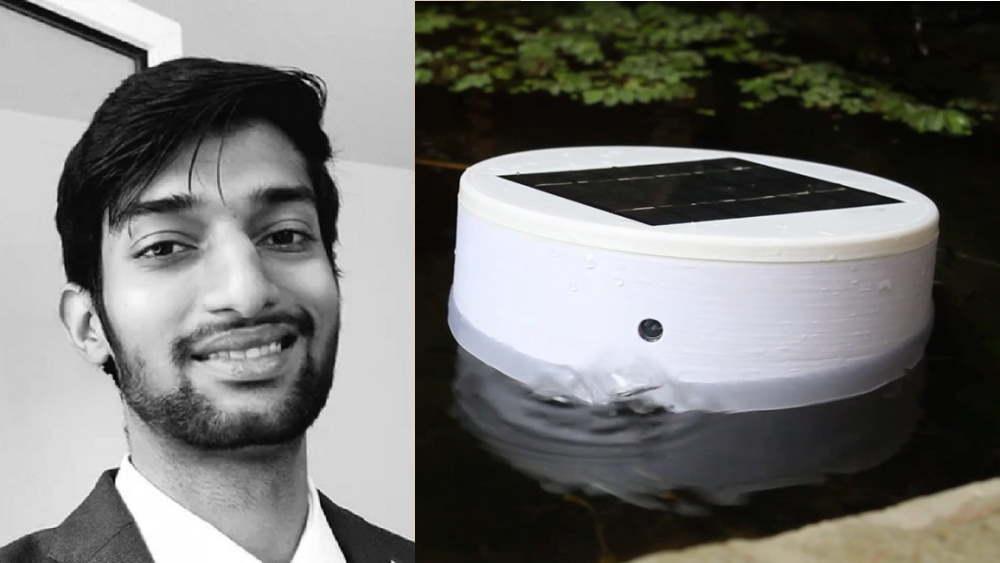 Hailed by Bill Gates in a tweet, Solar Scare Moquito also won second place at the prestigious MIT Water Innovation Prize in 2021. This system developed by Nymphea Labs would limit the risk of malaria transmission, without pesticides, simply by aerating the surfaces of ‘backwater. But the idea still needs to catch on and find investors.

Pranav Agarwal is the developer and co-founder of Nymphea Labs. Of Indian origin, he chose France to launch his start-up. At 25, he has not been idle. After studying computer science in Pondicherry in India, he completed his course at Essec Singapore in fintech, before completing his Master’s degree in management in the Paris region. During his studies in France, he decided to put on track an idea he had had a few years earlier. “I felt it was the right time. First, I met my partner, Ashish Kapur, and then I benefited from the whole start-up ecosystem in France,” explains Pranav Agarwal.

Solar Scare Mosquito is a small solar-powered device that aerates the surface of stagnant water and thus prevents mosquitoes from laying their larvae there. Without chemicals or pesticides – to which mosquitoes eventually develop resistance – this solution could take hold in many countries affected by mosquito-borne diseases, near densely populated areas.

Nymphea Labs is now co-incubated at Essec and Centrale Supelec where the young shoot can rely on a whole network of entrepreneurs and mentors to improve its concept, access resources and, above all, find the right strategy to commercialize its solution on a large scale. “That’s the challenge for an innovation like this, since we are not addressing private companies but rather institutions. We create social value, but this is not necessarily interesting in the short term for an investor”, recognizes the entrepreneur.

If Pranav Agarwal and his partner chose to start during their studies, it is also so as not to devote 100% of their time to this activity. “When you start a start-up, it’s always better to do it part-time and to have another gainful activity in parallel, in case, in order to keep your financial independence, analyzes the young entrepreneur. It is safer as long as the interest of the product for the market has not yet been validated. And in France, we have the opportunity to do this while being a student. »

The entire launch phase was therefore carried out while he was studying at Essec and an apprenticeship as Innovation Project Manager at BNP Paribas, completed in September 2021. “I recognize that it was not easy. My days and my weeks were very long since I worked two days in the company, then three days at school and all my weekends on Nymphea Labs”, he says.

After a few months at this rate, the health crisis helping, the situation became stressful for the whole team. “It became very complicated to keep everyone motivated – the two founding partners and the three engineers who accompanied us on the project. Maintaining group cohesion while we were all at a distance proved to be complex. We had to take a step back, take a breather and reorganize ourselves. Ashish Kapur has since left the adventure. Pranav Agarwal is also looking for a new partner as CTO.