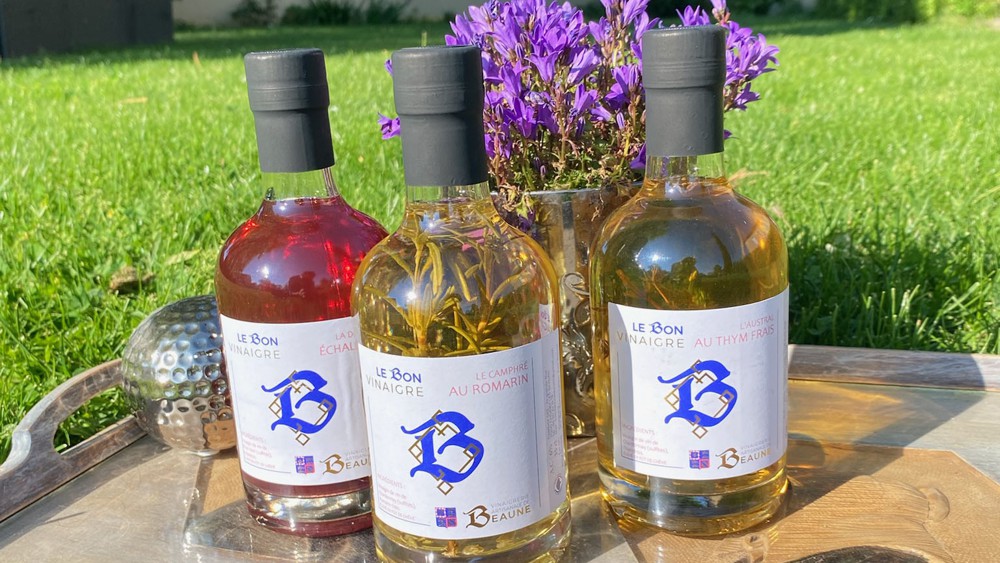 Launched just before the health crisis, the Artisanal vinegar factory of Beaunein Côte-d’Or, took advantage of the sluggish activity of restaurants to fine-tune its offer, and is beginning to reap the fruits of the partnerships forged when activity resumed.

After signing a commercial agreement with the Marseille restaurant Une table au Sud, with the Hostellerie du Chapeau Rouge by William Frachot in Dijon, or with Géranium, the three-star Danish restaurant Bocuse d’Or, the house has just launched an agreement with Les Trois brasseurs for the development of specific vinegars for franchise restaurants from surplus…beer!

“Oenological recycling includes wine, beer and mead”, explains Jean-Luc Maldant, the owner of the Maldant-Pauvelot estate in Chorey-les-Beaune, at the foot of the hill of Corton, at the origin of this artisanal vinegar factory. Because this is its purpose: to recycle and enhance Burgundy wines and other alcoholic beverages intended for destruction (production surpluses, leftovers from tasting, lower quality products). “The distillation residues contaminate the water and are dangerous,” he explains.

After having created his own organic label, “bio advance”, so as not to depend on a Parisian audit office, he defends, and after having first focused on the quality of the culture, Jean-Luc Maldant had wanted to focus on the depollution of the oenological part of the profession.

Having noted that the world vinegar market is doing well, with growth of 7% per year for ten years, he has thus undertaken to “clean up the sector” by creating this recycling center, in partnership with the Bureau interprofessionnel des vins de Bourgogne ( BIVB) and Siqocert, the Burgundy and Beaujolais AOC inspection and certification body.

Based in Chorey-les-Beaune, its artisanal vinegar factory uses recycled cooperage wood and has developed different ranges: balsamic, premium, organic, fruit, herbs, roots and tubers… The company produced 1,200 hectoliters in 2021 for a turnover of 70,000 euros, and is aiming for 3 million euros within five years.

“We could be four times bigger, we also make it possible to green our suppliers”, underlines Jean-Luc Maldant, who is already in discussion to set up another recycling and vinegar factory in Luxembourg, less than 300 kilometers from the vineyards of Burgundy, Champagne , Moselle, Alsace, Belgium… which could also recycle their wine residues.