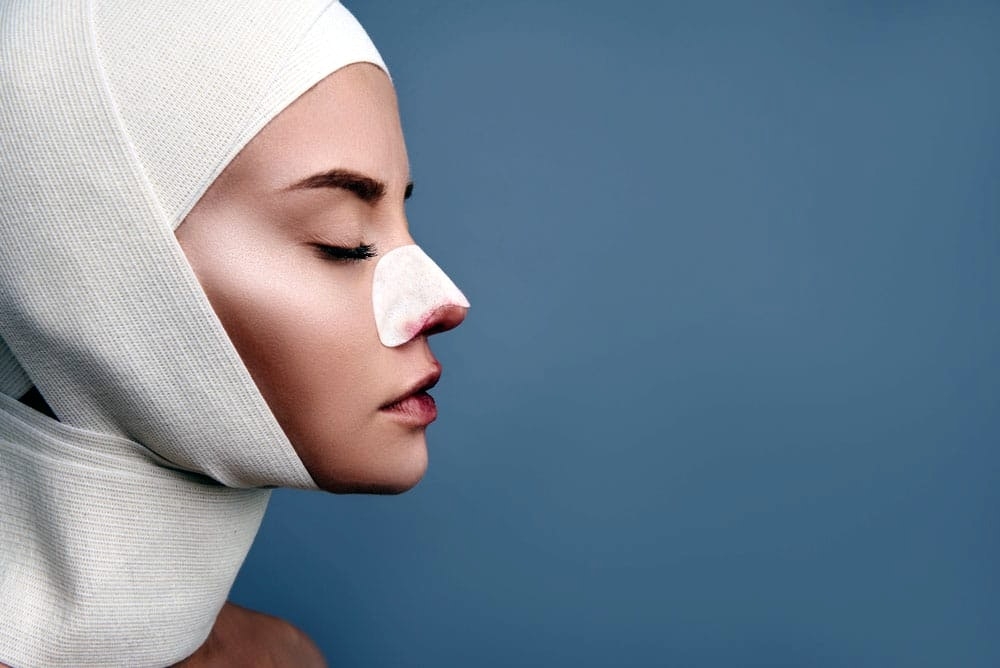 What is meant by rhinoplasty:

It is a plastic surgery procedure that aims to reshape the nose in a way that achieves cosmetic goals, so that the nose is proportional to the measurements of other facial organs, and the operation can be associated with solving some health problems as well, and it is one of the most important cosmetic operations because it is performed on the most prominent part of the face.

Rhinoplasty can be divided according to the goal for which the operation will be performed, and it is as follows:

Nose augmentation surgery: They are mostly surgeries performed with the intent to treat some deformities, whether congenital (incomplete growth) or due to accidents or removing part of the nose (some cases of nasal cancer).

Congenital rhinoplasty: Some people define it as ethnic cosmetic surgeries, meaning that some peoples have a specific shape of the nose, such as a snub nose (wide) or a bumpy nose.

What are the indications for a rhinoplasty procedure:

Rhinoplasty can be expressed as cosmetic operations that the doctor and patient resort to to change the shape of the nose, whether by enlarging or reducing it, or to solve some health and psychological problems. The reasons for resorting to nose reduction operations can be presented as follows:

Psychological reasons: The statistics of the cosmetic centers indicate that 27% of people need rhinoplasty, and the deformities and aesthetic defects cause great embarrassment for their owners, and this embarrassment may develop into psychological problems such as collapsing, since the nose is the most prominent organ in the face, which is the first thing that attracts the attention of the onlookers.

Aesthetic reasons: Rhinoplasty can correct many aesthetic defects, such as correcting a protruding or crooked nose, widening the nostrils, correcting a humped nose, removing asymmetry in the nose, and correcting the angle between the nose and the upper lip.

Rhinoplasty is performed under general, partial or local anesthesia, according to each case and at the doctor’s discretion.

An incision with a length of 4 to 5 mm is made through the septum that separates the two nostrils (right and left), then the skin of the nose is folded up. This method enables the surgeon to see the entire nose and evaluate the components of the nose accurately, and the surgeon chooses this method when adjustments are needed. Large in the nose (removal of part of the nasal bone and cartilage, cartilage and even bone restoration).

The doctor makes parallel incisions inside the nose, and the incisions are invisible and thus this rhinoplasty does not leave visible scars, but this method requires high precision and skill from the doctor because changing the position of the skin is very difficult and the possibility of deformation in the cartilage during skin tightening the nose.

The recovery period after rhinoplasty is divided into time periods, although the boundaries between time periods are not final and differ from patient to patient, but they are generally correct.