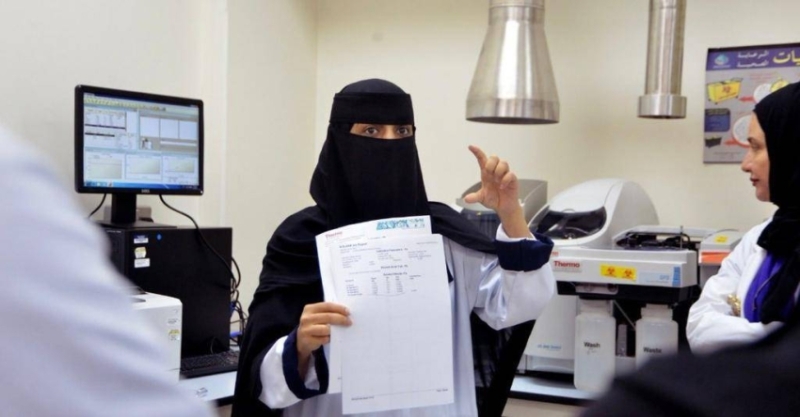 A medical study conducted by the Second Riyadh Health Cluster, represented by a research team at King Fahd Medical City, revealed that the most common cause of menopause is due to early ovarian insufficiency, with 24.1%, followed by Mayer-Rokitansky syndrome, which amounted to 17.7%, and finally glandular dysfunction. Genital by 11.4%.

The study, in which Dr. Aya Hegazy, a consultant in obstetrics and gynecology, and a laboratory consultant, Dr. Suha Tashkandi, participated in, showed that chromosomal abnormalities occurred in newborns in 90 out of every 1,000 births, and about 5% of women of childbearing age are affected by menopause, as cytogenetic analyzes were conducted in Cytogenetics Laboratory and Molecular Cytogenetics Laboratory at King Fahd Medical City, Department of Pathology and Clinical Laboratories Department.

The head of the research team for this study, Dr. Dania Al-Jaroudi, said: “The study aims to assess the frequency and type of chromosomal abnormalities associated with menopause in the cases received by the High Referral Center in King Fahd Medical City, where menstruation is classified into two types, primary “major” and secondary, where the main menopause affects It affects 3.1% of women, while secondary affects 4.3%.

She added that the research team reviewed, during this study, cases of menopause who were referred to the Center for Reproductive Endocrinology and Infertility from 2013-2016, where chromosomal tests were conducted for 53 women out of 79 who suffer from menopause, and they were divided into two menopausal groups. Primary and secondary diagnosis of menopause was also made in the clinic based on medical history, physical examination, personal hormones, and ultrasound. Of those between 21 and 25 years of age, 38.6% had primary amenorrhea, and interestingly, seven patients (12.3%) had primary amenorrhea after 30 years of age, which indicates a delay in diagnosis.