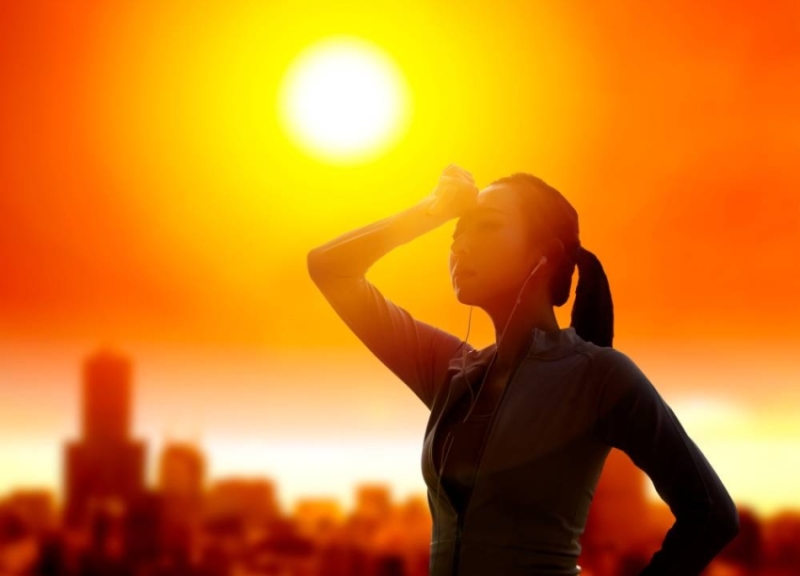 The American Heart Association warned of the dangerous impact of high temperatures, and the possibility of causing damage to the heart.

The association indicated that the high temperature and dehydration that may result from it, force the heart to work harder to cool itself by pumping more blood, and diverting it from the main organs to the subcutaneous.

The association pointed out that the risk of hyperthermia rises in the elderly and people who suffer from high blood pressure, obesity, or a history of heart disease or stroke.

The association pointed out that the fluctuation of summer temperatures in a number of countries increases the risk of stroke.

“If you are over the age of 50 or overweight, it is very important to take special precautions in high temperatures to protect your health,” American Heart Association President Dr. Donald Lloyd-Jones said, according to UPI news agency.

Jones added: “Some medications such as angiotensin receptor blockers, ACE inhibitors, calcium channel blockers and diuretics, which affect blood pressure responses or deplete the body of sodium, can increase the body’s response to heat, thus endangering the heart.”

He continued, “Do not stop taking your medications, but consult your doctor and discuss with him about these medications, and what you need to do in the summer in particular.”

Jones stressed, “Staying hydrated is key. It’s easy to get dehydrated even if you don’t think you’re thirsty. Drink water before, during and after going out in hot weather. Don’t wait until you feel thirsty. The best way to know if you’re getting enough is.” One of the fluids is to watch your urine and make sure it is not dark in color.

The American Heart Association has provided a set of tips to protect the body from the damage of high temperatures, which are:

It is worth noting that more than 600 people die annually in the United States of America due to extreme heat, according to the American Heart Association.

Tags: "High damage for degrees on me serious the heart.. the heat