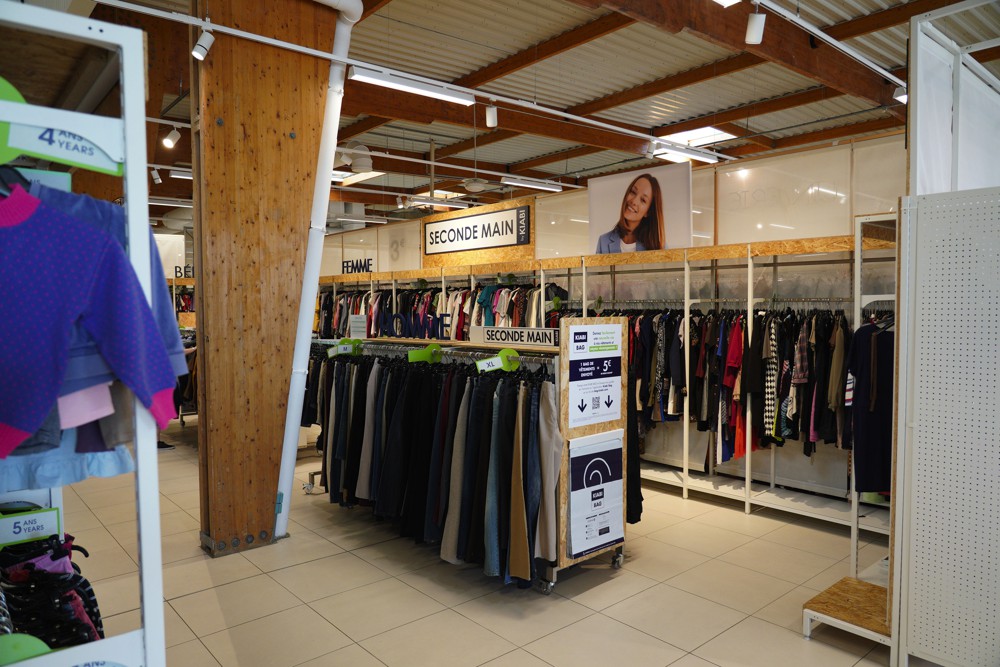 “We are taking a new step through this new brand inspired by the Latin ‘redeo’ which means ‘to come back’, a good definition of second hand”, explains the president-founder, Eric Gagnaire. The company, which collected more than 2.5 million garments in 2021 and put 1.7 million back on the market, wants to strengthen its capacities with brands, distributors and merchants. A new lfundraising (12 million euros) with its European investors (Colam Impact Creasn Impacto and Quadia) will support its development.

Faced with the need to scale up

Rediv therefore, which already supplies the second-hand departments of Auchan, Carrefour or Kiabi, now intends to offer its expertise “to all brands, distributors, merchants and e-merchants”, and to turn exclusively to retail professionals. ” We wanted definitively endorse our B2B positioning ” emphasizes its leader.

The company is aiming for a turnover of 15 million euros. She employs 160 employees and plans to recruit 300 people by the end of 2023, with its three logistics platforms Hastingues (Landes), Morlaas (Pyrénées-Atlantiques) and Cambrai (Hauts-de-France). The latter, being automated by the northern nugget Exotec, should reach profitability in October or November, with 750,000 items entered and left per month. The Cambrai platform is targeting 1.5 million articles, which should allow the site to reach the waterline “by the end of 2023”.

“We believe in the democratization of the second hand in places of consumption, whether physical or digital”, insists Eric Gagnaire, who targets “street fashion mass market brands, Zara, H & M, Promod… by guaranteeing a quality standard for these garments”. The second-hand market is becoming widespread: according to the Harris Interactive Institute, 29% of French people buy a second-hand item at least once a month.

The company can be reinforced in its ambitions with the arrival of new partners. Showroomprivé which will soon launch “a new program with Rediv”, such as La Redoute (at the end of the year) and Orchestra (in September). Kiabi is also preparing to strengthen its partnership.

“At the start of the school year, we plan to integrate the vintage market which, with higher prices, is aimed at a different type of clientele”, reveals Eric Gagnaire, who does not refrain from “exploring” new paths in footwear, toys or cultural goods. “We already have requests from retailers in these areas,” he says.