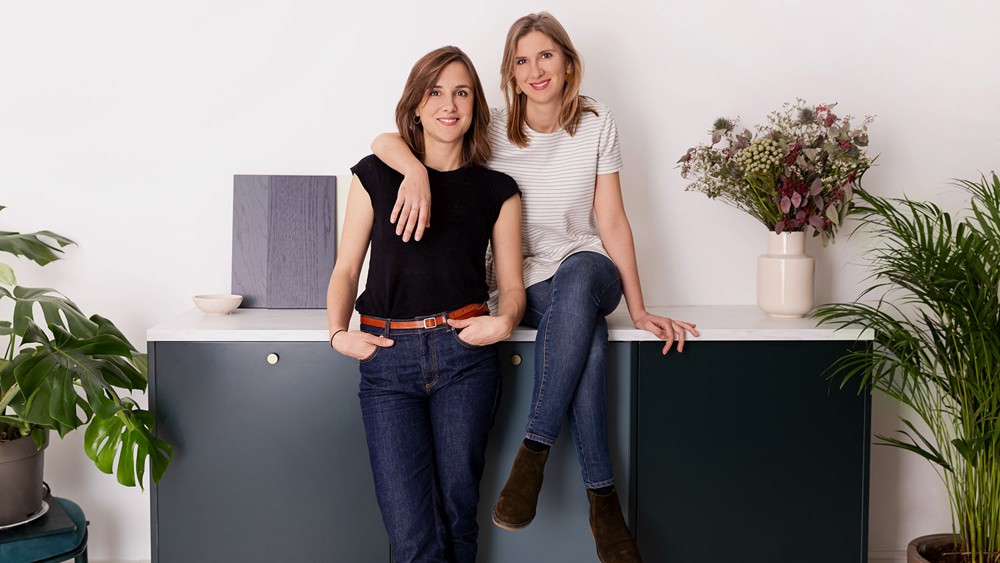 With its dominance in the furniture sector (15.43% market share), Ikea has been a source of inspiration for interior designers for many years. The latter dig into its catalog of boxes to manufacture almost tailor-made sets and a whole ecosystem has been created around this trend.

Plum is one of these more recent players who started its activity last year by offering the customization of the Swedish giant’s kitchen doors. Eighteen months later, the start-up estimates that it will be able to reach one million euros in monthly revenue by the end of the year and has just completed a fundraising of 5 million from Firstminute Capital, the fund owned by Briton Brent Hoberman, behind the success of Made.com, Partech and Kima.

“We had started our communication in September 2019, but it was in March 2020, two weeks after confinement, that we launched the marketing, rewinds Amandine Julia, CEO and co-founder. No more distributors were open and we were the only ones to offer products via digital for four months. The tempo with which a company enters a market does a lot for the success of its launch. Plum’s ability to sell, unlike the others, worked in his favor.

The young shoot is distinguished first of all by its model, entirely focused on e-commerce. No store, but an Instagram account to inspire individuals, and a network of prescribing architects for their clients. “Our target is mainly made up of projects linked to a real estate purchase, therefore to a renovation,” specifies the entrepreneur. We entered through the kitchen, but now we extend to other rooms such as the bathroom. Ultimately, we want to replace Leroy Merlin in premium and 100% digital. “

Objective of 10 million euros in turnover

With a furniture market worth 10 billion euros according to the Institute for Foresight and Furnishing Studies (IPEA), there is still a long way to go. But Plum is going fast. In its first year of operation, it has accumulated 3 million euros in turnover and estimates that it can land at 10 million this year, all while being profitable and without communicating.

The young company is preparing to launch new product lines such as a mural, switches or mixers, as well as services to help their customers to design, arrange and then have the different elements installed. “These two axes are part of the strategy we want to deploy with fundraising,” says Amandine Julia. On the other hand, we do not monetize our products, everything else is free. “

To make a place for itself, this DNVB (digital native vertical brand) relied exclusively on Instagram. Without systematically speaking of its products, but rather by relaying inspiring projects in order to build a community of faithful. Its account, with 90,000 subscribers, is still its commercial flagship, but the Parisian nugget will expand its system, says Amandine Julia: “We first focused on Instagram, but we have just started a campaign on affinity sites. The idea is to arrive at series A by not having exploited all the channels. “

Series A will be the next round of funding. At the rate things are going, it could happen within a year. All the more so since the small team today composed of 17 people has also surrounded itself with business angels with solid entrepreneurial experience: the American Luke Sherwin founded Casper who imposed the sale of mattresses on the internet and Adrien Monfort pilot tech in Sorare, which he created with Nicolas Julia, Amandine’s husband. “Tech is important to us because we are developing all the design support tools and will soon be offering a configurator,” says the CEO.

For the start-up which will enter an important phase of investment, the challenge is to preserve a balance between a premium perception and a base of “mass distribution” products from Ikea, with which it has no contact. relationship at this point. “We don’t see the point of going beyond Ikea,” says Marion Merle. It’s our factory in a way, and we let our customers source it on their own. ” Growing up in the shadow of the giant Swedish has borne fruit so far for Plum, which will now try to make a name for itself.