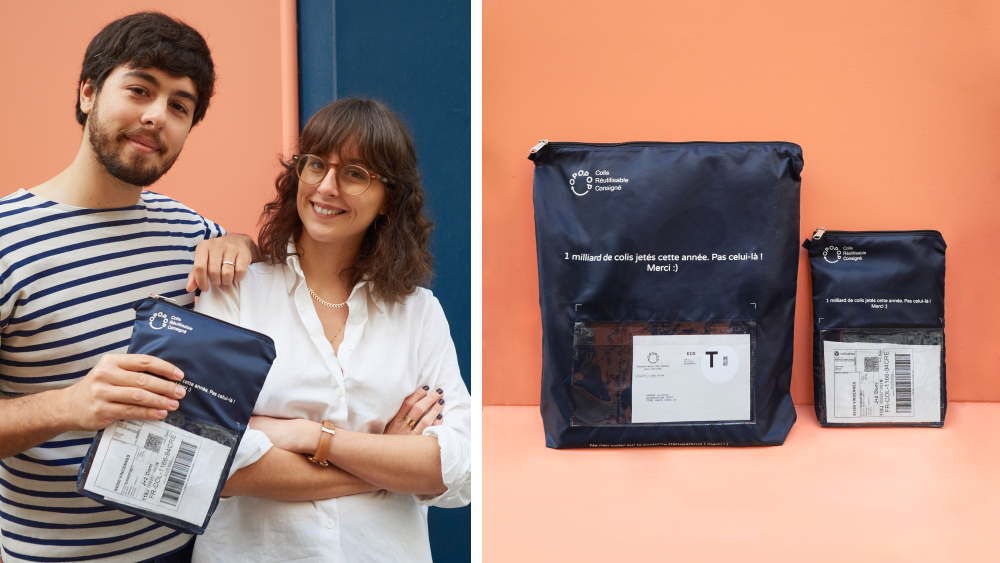 Before co-founding Opopop in summer 2020, Charlotte Darmet and Antonin Grêlé-Rouveyre worked in e-commerce. A sector generating too much waste, they noted. Hence their desire to help make it more eco-responsible by using it. This is how the Opopop project started in 2019. Established in Ain and Paris, the start-up offers online sales sites reusable packages in the form of flexible pouches. These offer them to their own customers as an alternative to standard packages.

“The objective is to replace single-use plastic packaging which represents 20% of shipments,” emphasizes Charlotte Darmet. Opopop pouches are made by the company Bilum from end of rolls in the textile industry.

For the moment, Opopop, which employs two employees and a trainee, estimates that it has avoided the use of a few thousand disposable packages and is aiming for one million within three years. To achieve this goal, the start-up boasts an asset: the establishment of a deposit of five euros for its pockets.

However, the account of the customer who has chosen the Opopop package option is not debited by five euros at the time of purchase. “For the system to be an incentive, there is only a validation of a bank imprint” on the model of a deposit that would not be cashed, explains Charlotte Darmet. “If after 15 days and three email reminders the person does not return the package, the deposit is paid to help finance new packaging. Opopop claims that 97% of users return their pouches. These can be left in any yellow box of La Poste.

After a year of activity, the young shoot has a around fifty partner brands such as Les Jupons de Louison, Laines paysannes or Ecclo. Its service operates on a subscription model coupled with billing based on the number of shipments. “In total, each shipment costs the brand around 2 euros,” says the entrepreneur. It is more expensive than the disposable. We can not fight on the price against a plastic made in China! “

On the other hand, it boasts of an experience which makes it possible to retain consumers “for whom the importance of ecological commitment is growing”. On the sites of brands that have adopted Opopop, between 30 and 50% of customers opt for the reusable package.

To get started, the Opopop co-founders used their own capital, bank financing and raised 300,000 euros during their first year of existence as a pre-seed with the France Active and Initiative France networks, as well as with Bpifrance and Ademe.

Charlotte Darmet knows it, the growth of her start-up will depend on its ability to “seek out brands that generate volume”. Discussions are underway with major players in e-commerce. Opopop is also considering solutions to replace cardboard packaging in the future.