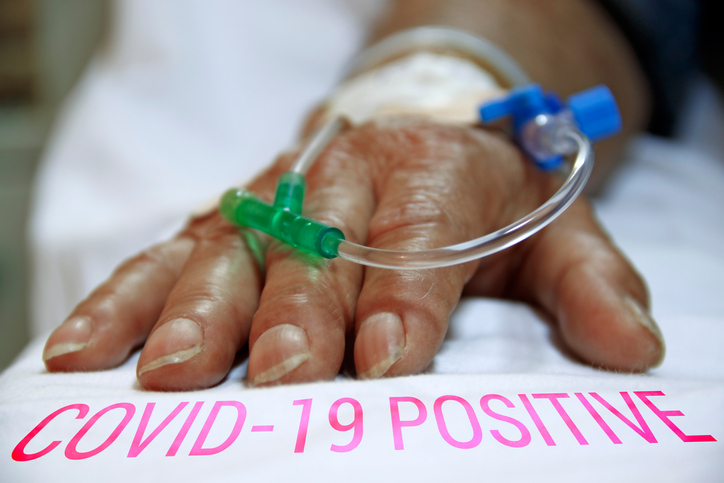 Myanmar politician Nyan Win, a senior adviser to ousted leader Aung San Suu Kyi, died in hospital on Tuesday after becoming infected with Covid-19 in jail, his party said, as the Southeast Asian country struggles with an exponential rise in infections.

Nyan Win, 78, who had been held in Yangon’s Insein prison after being arrested when the army seized power on Feb. 1, was transferred to hospital last week, the National League for Democracy (NLD) said in a statement.

“We promise to continue fighting for our unfinished Democratic tasks, to end the dictatorship in the country and to establish a Federal Union,” the NLD statement said, offering to the family of a man who had been Suu Kyi’s lawyer and party spokesman.

It also said in a statement that Nyan Win died from his underlying diseases and hypertension, adding that 375 prison inmates had been infected with Covid-19 with six dying before Nyan Win.

Myanmar’s efforts to contain Covid-19 infections have been thrown into chaos by the turmoil since the military seized power from Suu Kyi’s elected government.

According to the military-controlled health ministry, only about 1.6 million people had been vaccinated out of a population of 54 million, state media reported.

The Global New Light of Myanmar reported about 7,50,000 Chinese vaccine doses would arrive on Thursday and more over following days, as the ministered half of the population would be inoculated this year.

The United Nations said in a report on Monday it was stepping up efforts to combat an “alarming spike” in COVID-19 cases and expected Myanmar to receive enough vaccines via the COVAX facility this year for 20% of the population.

But medics and funeral services say the real toll is much higher than the military government’s figures and crematoriums are overloaded.

Illustrating the extent of the spread of the virus, China on Tuesday reported its highest daily tally of new infections since January, mostly linked to Chinese nationals returning to Yunnan province from Myanmar.

Zaw Wai Soe, health minister of the National Unity Government (NUG), which was set up as a shadow government by opponents of army rule, was quoted by the US-funded RFA (Radio Free Asia) website as saying that up to 4, 00,000 lives could be lost if swift action was not taken to slow infections.

The junta’s critics also say lives have been lost because of its restrictions on some private oxygen suppliers in the name of stopping hoarding.

Reuters was unable to reach the health ministry or a junta spokesman for comment on the Covid-19 response. Reuters