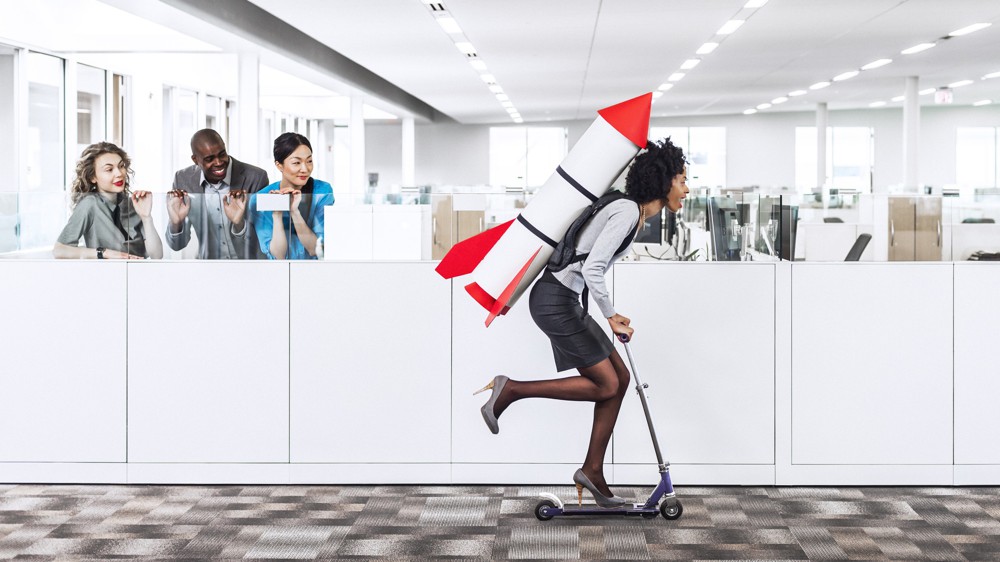 “Keep it simple! Creators and inventors would be well advised to respect the injunction, known as Occam’s razor, attributed to the English logician of the 14th century.e century and Franciscan Brother William of Ockham. Complexity and over-thinking often hurt promising start-ups.

A currently fashionable recipe to fight against these two scourges recommends initially developing a product called minimum viable (MVP). In theory, this “lean” approach (Ries, 2011), by promoting the “Test and Learn” project management method, is more efficient in terms of capital. In practice, however, the entrepreneur risks ending up with an anemic, viable but not very robust offer.

The entrepreneur, urged to hurry

During my experience as a San Francisco-based investor at Spencer Trask & Co., a venture capital firm headquartered in Old Greenwich, Connecticut, I observed that young entrepreneurs risk losing focus. and control by moving from one failed prototype to another in search of the minimum threshold of viability.

What exactly do we mean by “minimal”? When early customers reject the MVP, does that mean that the hoped-for economic opportunities do not exist or that the product has not provided sufficient ease of use, functionality or value?

Realizing the creator’s dreams into a sustainable product and a long-lasting business requires careful attention to the skills, resources and environment of the start-up market as well as an ability to slow down, if necessary. In a business world defined by the acceleration of everything, the entrepreneur is urged to hurry. Speed ​​is seen as key to seizing opportunities in emerging markets, retaining first-mover advantage, and triumphing over competitors.

In addition, a willingness to slow down, change direction or abandon a project is contrary to the psychological profile of many people who want to start a new business. They refuse to consider the road already covered as an “irrecoverable investment”. They feel compelled to continue. This might make sense for a well-resourced business that needs to keep customers happy and provide financial rewards for impatient investors.

But for the early stage company that persists in weaving its way through the haze of markets and yet-to-be-defined business models, rushing through may be the best path to disaster.

According to entrepreneur Jeff Haynie (Haynie, 2016): “It is practically impossible to succeed in scaling quickly”. And to add, “The most unexpected thing is that sometimes by starting slowly, we will go much faster at the end. Markets and opportunities rarely change to the point where they cannot catch up. ”

Steve Blank and Bob Dorf succinctly define a start-up as “an organization used to seek a scalable business model” (Blank and Dorf, 2012). This definition recognizes that an aspiration to grow profitably with increasing marginal returns (i.e. achieving scalability) differentiates the start-up from the more traditional small business, such as, for example, a restaurant or business. a family laundry.

It also intelligently focuses attention on the entire business model, from the product or service to how it is made, sold, delivered and serviced, as well as the economics of recovery and sharing. capital gains between partners. Last but not least, it assumes that a start-up is a transitional organization, which inevitably changes as the creators refine the economic model.

However, what most entrepreneurs are unaware of when they are starting out is that this “transition” phase is likely to last for years. And during this time, survival is the main goal. Sir James Dyson, founder and CEO of the eponymous company that invented the first bagless vacuum cleaner, spent fifteen years designing 5,127 prototypes and seven more bringing new models to market before achieving a profitable model. It will take another decade for this star product to be sold around the world.

Amiel Kornel is an American entrepreneur and investor. In 2018, he founded Venture Craft Studio, a business consulting company. This text is taken from his book “Naviguer à vue. Towards the improvised start-up ”published by Presses des Mines, 226 pages, 29 euros.