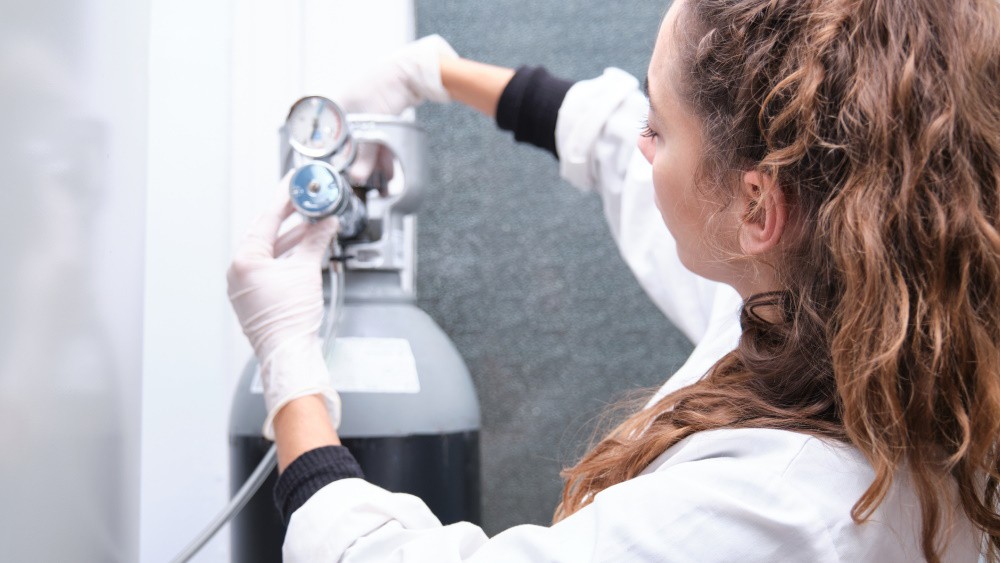 The IPCC report scheduled for 2022 assures us: a warming of 1.5 ° C will already have catastrophic consequences with water shortages, famines, extinctions of species … While the effects of climate change become more and more in addition to being tangible, the measures to limit its effects are hardening. At least on paper: the Paris Agreement sets a 25% to 55% reduction in greenhouse gas (GHG) emissions by 2030, the European Union wants to achieve carbon neutrality in 2050 and France devotes a whole section of its recovery plan to energy transition. To achieve these objectives, several start-ups are considering finding alternatives to fossil fuels, improving energy efficiency or even storing GHGs. And to stand out, innovation remains the key.

Data centers are very energy intensive: they consume electricity to operate, which gives off heat, and therefore need to cool, which consumes energy again. But by 2030, most of the major cloud players as well as the European Union have set themselves the objective of carbon neutrality in data centers. For small units, Datafarm already has a solution.

The start-up created in 2019 and incubated at IMT Starter in Paris offers to provide them with low-carbon energy by installing data centers directly on cattle farms and using methanised energy produced on site. ” Biogas production units produce 25 million tonnes of waste per year in France: it’s a whole energy windfall that we don’t use! », Regrets Stephane Petibon, CEO and co-founder of Datafarm.

In 4 months, the entrepreneur has familiarized himself with this energy in an attempt to master it and give it a concrete application in the digital world, one of the biggest emitters of CO2 on the planet. ” The biogas produced on site is recovered and treated in two energies: electricity and heat that is transformed into cold to cool the data centers., explains Stéphane Petibon. The residual heat is also reused by the farmer, for example to dry hay or to make cheese.. »A whole circular economy system that saves up to 1,500 tonnes of CO2 per year for an average data center of 500 to 600 m².

A first unit is installed in Brittany, two more should follow in early 2022 and June 2022, in the Grand Est and Charente. ” By 2025, we are targeting around 30 clients established in France, but we already have a European vision. The world of the data center is in full swing », Assures Stéphane Petibon.

Sylfen: hydrogen at the service of the energy transition of buildings

Hydrogen is not just shaping up to be the future of mobility. The start-up Sylfen, created in Grenoble in 2015, made the bet by creating its Smart Energy Hub. This system both stores green energy produced locally (using solar panels in particular) in batteries and converts the surplus into hydrogen. This is stored in bottles while waiting to be used, to allow the building to be as self-sufficient as possible in terms of energy: between 60% and 80%.

” When renewable energy is produced does not always align with when users need it. With this system, we provide a less expensive solution than if we had to operate only with batteries. For example, for a building of 1,500 to 2,000 m², just 2 batteries supplemented with the equivalent of a parking space to store 2 to 3 megawatts of hydrogen “, Explain Nicolas bardi, CEO of Sylfen.

The company of 18 employees will deliver its first customers during 2022 and already has an international ambition. ” On a European scale alone, the addressable market amounts to 4 billion euros per year, underlines the former head of Europe of the CEA. As a reminder, 36% of CO2 emissions are linked to the energy needs of buildings in Europe. This is more than a third of the problem. We meet the requirements of improving the energy performance of buildings and the integration of renewable energies in the territories. “

Sylfen is in the process of raise 4 million euros to speed up the marketing of its solution and is preparing a second round of funding in 2023 to move to industrialization. Its forecast turnover for 2023 exceeds 10 million euros.

BeFC, green batteries based on paper and enzymes

A battery is convenient. They are found everywhere, from disposable medical devices such as pregnancy tests to the most high-tech connected objects. The problem is, traditional batteries are made up of all kinds of toxic and flammable products that are dangerous for the environment and are expensive to recycle.

Launched in May 2020, the start-up BeFC creates green batteries capable of generating electricity from paper and enzymes. An innovation resulting from several years of research and protected by 6 patents. ” At the beginning, we tested our technology on single-use devices and now we imagine all kinds of possible applications, both in the medical sector with patches for monitoring patients with diabetes or pacemakers. – which must be changed regularly to avoid leakage of toxic products – only in logistics for the tracking of parcels or luggage », Lists Marie Berthuel, senior scientist and member of the founding team of BeFC.

Winner of the EDF Pulse 2020 start-up prize and the i-Lab innovation competition, BeFC has raised 3 million euros in June 2020 to attack industrialization. ” We want to produce massively by the end of 2022, beginning of 2023, targeting the packaging, logistics and medical markets as a priority and hope to exceed 50 million euros in turnover within 5 years. », Continues Marie Berthuel. A second round of 5 to 10 million euros is in preparation for the end of 2022.