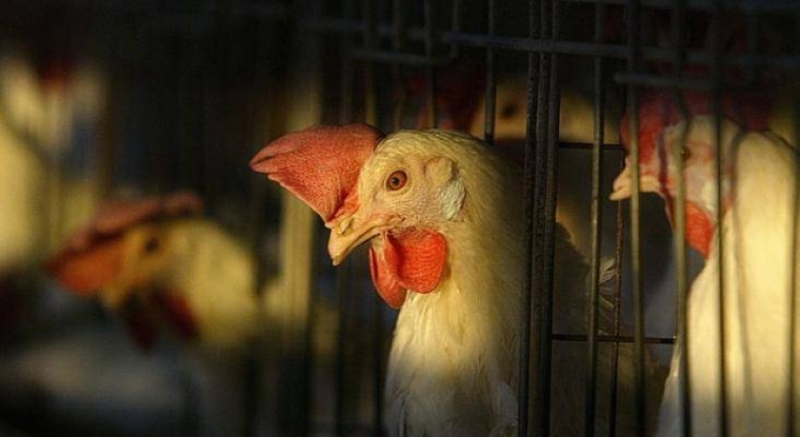 The Centers for Disease Control and Prevention (CDC) in the United States called on poultry farmers to “refrain from kissing or cuddling” these birds, in light of the rise in salmonella infections.

And in a recent investigation titled “Salmonella Outbreak Associated with Backyard Poultry,” referring to those who raise them in homes, the US Centers for Disease Control and Prevention explained, “Poultry birds such as chickens and ducks can be carriers of salmonella, so owners should make sure not to Kiss or cuddle these birds, to avoid infection.

Salmonella is a bacterial disease that affects the intestinal tract. Salmonella bacteria usually live in the animal and human intestines, and humans are infected most often through contaminated water or contaminated food, or when a person comes into contact with an animal or object contaminated with feces.

The Centers for Disease Control and Prevention said: “Home poultry, such as chicken and duck, can carry salmonella germs even if they appear healthy and clean. These germs can easily spread to anything in areas where poultry live and roam.”

“You can get sick from touching your backyard poultry or anything in its environment, then touching your mouth or your food and ingesting salmonella spores,” she added.

And she called not to eat or drink around poultry, because salmonella bacteria can reach food or liquids. She also called on breeders to “wash their hands immediately after touching poultry, eggs or any surface in an area where these birds roam, and to sterilize tools used for poultry care and keeping them outside the home, including feed containers and shoes.”

She also stressed the need to “remove children under the age of five from chicks, ducks and other poultry,” noting that “older children can be around poultry under the supervision of adults, but they must wash their hands after contact.”

For safe handling of eggs, the Centers for Disease Control and Prevention said poultry owners should collect eggs regularly, so they don’t get dirty or break, and dispose of broken eggs because salmonella germs can be transmitted inside. “Scrub the dirt off the eggs with fine sandpaper, a brush or a cloth. Avoid washing the eggs because cold water can transfer germs inside. Eggs can also be refrigerated to slow the growth of bacteria, and cooked until firm and up to an internal temperature of 160 degrees Fahrenheit.”

As of June 9, 2022, the health agency has recorded 219 cases of salmonella in 38 US states, linked to poultry raised “in the backyard” of the home. Of these infections, 27 cases were hospitalized, while the bacteria caused one death, according to the US news site “Fox News”. The ages of the injured ranged from one year to 89 years, while 26 percent of the affected children were under the age of five.

And the Centers for Disease Control and Prevention noted, “The real number of patients in the event of an outbreak is likely to be much higher than the reported number, and may not be limited to states where there are known infections, because many recover without medical care. or even disease detection. It is noteworthy that the agency issued a similar warning in May 2021, when an outbreak of salmonella disease last year.

Tags: About cuddling for breeder kissing or poultry.. refrain