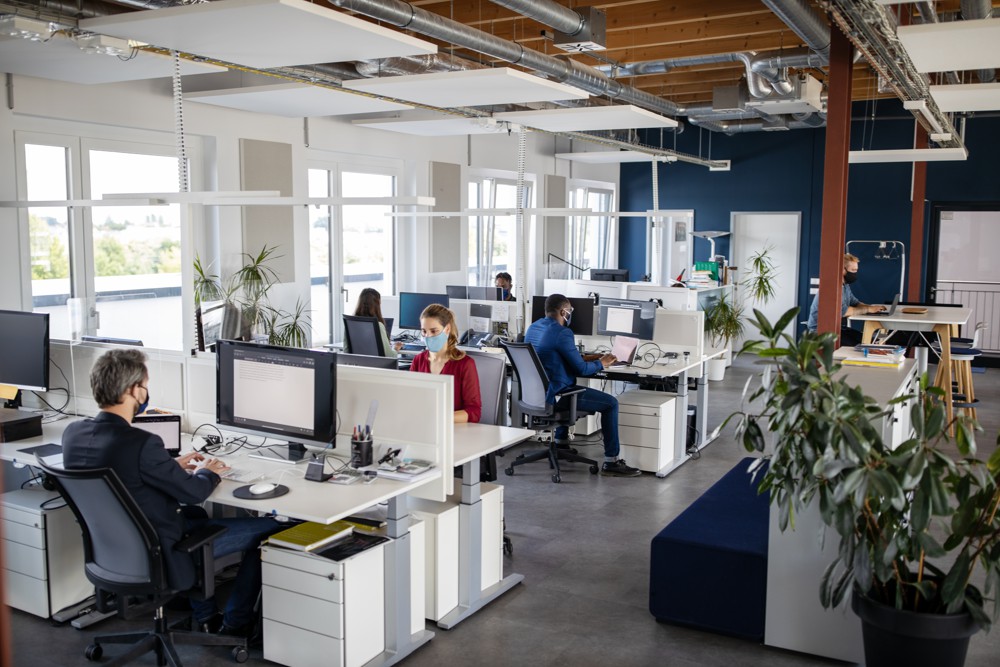 Last stage of deconfinement. A new national health protocol in companies comes into effect on June 30. Published by the Ministry of Labor, it incorporates some relaxations compared to its previous version.

The rules of collective catering are less restrictive, and employers must allow their employees, as much as possible, to be absent to be vaccinated. Overview.

End of the gauge in company restaurants

The sheet on the organization and operation of company restaurants that accompanies the protocol no longer provides for a maximum capacity of 50% of the capacity, according to the document from the Ministry of Labor. It simply indicates that employees must have a seat, where the previous document provided for a maximum of six chairs around the tables, themselves at least two meters from each other.

While the vaccination campaign shows signs of slowing down for the first doses, the protocol also widens the possibilities for employees to be absent to be vaccinated. Until then, the document indicated that “if the employee chooses to go through his occupational health service, he is authorized to be absent during his working hours”.

The document adds “that apart from these situations, employers are expected, in view of the imperatives of public health, that they authorize their employees to be absent during working hours, to facilitate their access to vaccination ”. Stating that “the employee is invited to get closer to his employer in order to determine the best way to organize this absence”.

Give priority to two days of teleworking per week

According to the document from the Ministry of Health, teleworking can be considered “as one of the most effective measures to prevent the risk of infection with SARS-CoV-2”. Although it is no longer compulsory since June 9, companies and staff representatives have the possibility of organizing a gradual return to their premises, or even of perpetuating partial teleworking. The employer can thus define himself a gauge to specify the number of people who can be present at the same time in the premises.

As an indication, the Ministry of Labor explains for example to “ Parisien ”that the public service currently practices“ three days of teleworking per week since June 9, then we will pass to two days per week from July 1 until the end of August ”. Videoconferencing meetings should be favored.

Wearing a mask is always “systematic within companies in closed collective places”, underlines the document. It must continue to be associated with a physical distance of at least one meter between people, regular hand washing and good ventilation of the premises.

On the other hand, employees who work in individual offices remain authorized not to wear the mask when they are alone.