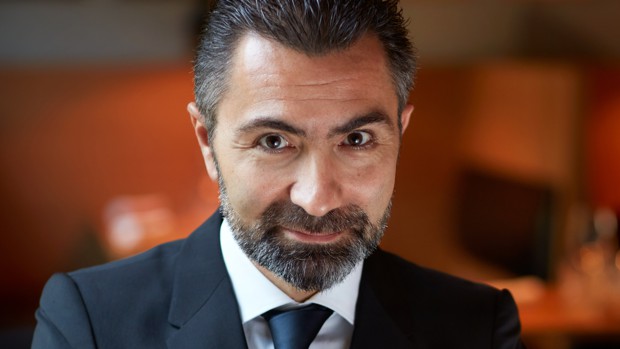 In gastronomy, it is often the lady who runs the shop while the gentleman goes around the tables and picks up the stars. With the Pic, it’s the reverse. To understand Anne-Sophie Pic’s success, the most starred chef in the world – eight in number – we must also look behind her. Sorry, to her. “I am not behind, but beside”, indeed restores David Sinapian with a discreet smile.

It is true. By his side, he has been since their youth: first friends in prep in Lyon then at ISG, a Parisian business school, before – from reconciliations to reconciliations – to get engaged, then to become a husband. Beside, it is also like a worker town from the beginning of Groupe Pic, a big and beautiful SME of 450 people for 30 million euros in turnover, of which he is the CEO.

On the menu: the three-star restaurant Anne-Sophie Pic and the Maison Pic hotel in Valence, the two-star Anne-Sophie Pic Lausanne, the Dame de Pic in Paris (one star), London (two stars) and Singapore , the Daily Pic (take-away and delivery) in Valence and La Défense, the André restaurant, which has just opened, not to mention the Scook cooking school, the delicatessen in Valence …

Between the chef and the CEO, the roles are well distributed: to her – who was intended for marketing rather than cooking – culinary creation and identity, to him – who saw himself as a fighter pilot, but branched off, not being good enough at math, towards finance – developing and doing business.

Seated at the Dame de Pic in Paris, rue du Louvre, and more familiar with “she” and “we” than “I”, David Sinapian gladly tells the story of these two inseparable, a priori little made to meet. That of the son and grandson of Armenian hairdressers – honored with an impeccably cut beard – who passed a young man in the bus in front of this “Inaccessible myth, the Pic house”. And that, on the other side of the city, of the heiress of a renowned line of Valence restaurateurs born in 1889 with the Eiffel Tower.

The path has not always been strewn with roses. In 1992, the unforeseeable death of Jacques Pic, Anne-Sophie’s three-star father, painfully reshuffles the cards. The son of the family runs the restaurant, but success is no longer there, the establishment loses its third star in 1995 and, with it, half of its turnover! The second star is even suspended.

The race for the stars

Anne-Sophie, self-taught, entered the kitchen in 1997, bringing her ideas, her flavors … When the family succession was finally settled, the couple’s entrepreneurial project could start with the addition of a hotel and a bistro, before gradually spreading out of Valencia. “It was I who pushed Anne-Sophie to say banco, to take over the business. I had confidence in his talent, and I have always thought that Pic was a very good brand, that we had to imagine tomorrow when opening the offer. I had spoken about it with my father-in-law since 1992 ”, explains David Sinapian.

At the time, few people – including in Valencia! – don’t believe in these two “Adventurers” so little legitimate, a cook without a diploma who has only her name for the record and a young husband with no experience as a boss. Mistake ! Because from then on, stone by stone, patiently, the group is built.

Freed from administration, management, management and development by her husband, the boss – “Hard worker and creator”, as the CEO describes it – let her talent explode and regained the third star in 2007. He reveals himself, flourishes in his role. The projects continue: a new Dame de Pic will open in December at the Four Seasons in Megève, the Daily Pic model is intended to make children, and the couple “Thinks about a new pillar around the green”.

At 50 years old, the age of maturity, David Sinapian, keen on urban art, is today a respected and recognized business leader. Elected president of the association Les Grandes Tables du monde, present in 25 countries, in 2014, he was re-elected a few weeks ago … The fighter pilot did not miss his target.