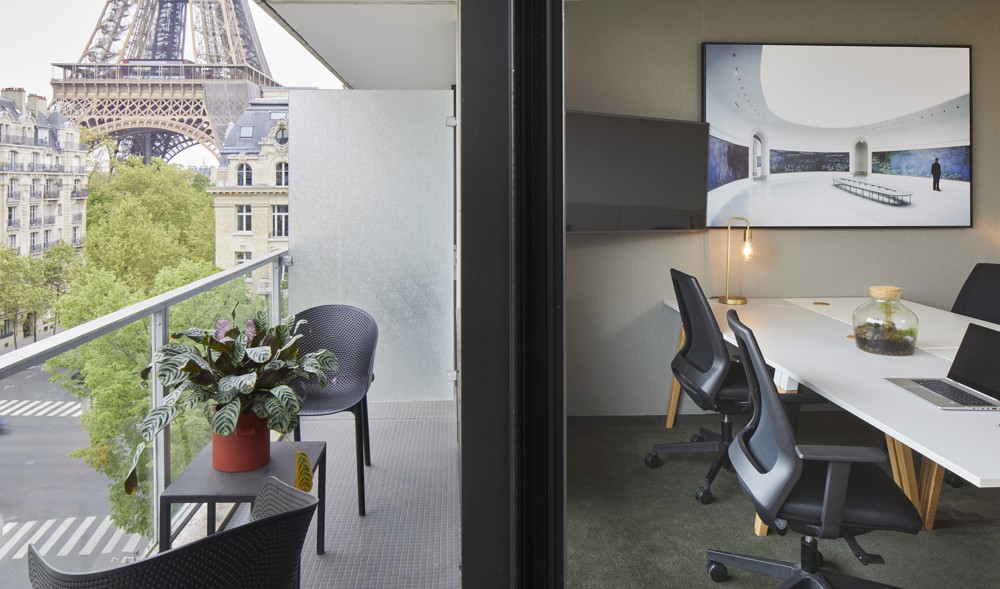 Nightmare for hoteliers since the outbreak of the pandemic, with the limitation of travel, will teleworking become a vector of their development after the health crisis? While business travel is part of their business, the spread of teleworking could lead to the emergence of hybrid hotels due to employees looking for drop-off points outside their home. Professionals believe in it and initiatives are multiplying.

Thus, number one Accor, at the forefront in this field, amplifies the synergies between Wojo, the company specializing in coworking that the group owns with Bouygues, and its network of Wojo partner hotels. From now on, depending on the size of the demand, they have the possibility of converting rooms into private offices. A service in addition to the provision of common areas transformed into coworking space (lobby, bar, restaurant).

From economy to top of the range

The new system is effective in around twenty of the 350 partner establishments, mainly in around ten cities. And this also applies to economical brands – ibis family -, mid-range – Novotel, Mercure – and top of the range – Pullman, MGallery -, specifies Accor.

The group reports about ten contracts with companies with various profiles: from start-ups and micro-businesses to large groups. Customers who settle for a variable period, two to three months in the case of transitional needs, up to periods of 18 to 24 months, renewable.

The interest for the hoteliers concerned – Accor operating under management contracts or acting as a franchisor – is to receive part of the revenue generated but also to generate additional revenue, with catering and accommodation in particular.

The French branch of BWH Hotel Group (Sure, Best Western, BW Signature Collection, BW Premier Collection) is also in the process. It has just launched a service offer whose development had started two years ago but whose launch was thwarted by the health crisis and confinements. It is an Internet platform, myWO, on which all available coworking spaces and seminar rooms of the cooperative group are bookable and payable online.

Three services and types of spaces are offered: myWO Lib, for common spaces accessible all day long, without reservation and free but involving consumption on site; myWO Lounge, for a quiet and isolated workplace, paying and with reservation by the hour, half-day or day; finally, myWO Meeting, for seminar spaces, again marketed with reservation.

According to the CEO of BWH Hotel Group France, Olivier cohn, 12 establishments in the network of 2- to 5-star brands are already marketed through the platform. Their number is expected to reach 70 by the end of the year. In addition, a hybrid space concept combining bedroom and office is currently being tested in Paris, says the manager. “The demand (for coworking) is extremely diverse. There are several markets, ”he continues.

For the president of Louvre Hotels Group, Pierre-Frédéric Roulot, the key word is “to be agile”. He is pleased to have “a lot of hotels with a large lobby, where people can telecommute”. The great French competitor of Accor, controlled by the Chinese giant Jin Jiang, has even just launched an “aparthotel” concept, Tulip Residences, presented as “a hybrid experience around the themes of co-living, coworking and good -to be “.

A first unit was recently opened in Joinville-le-Pont, a second to be operational in early August, in Warsaw. The establishments will also be accessible to visiting teleworkers, ensures the management of the group, which announces development projects in France – in particular in Bordeaux -, in Eastern Europe, in the Middle East and in China.

In addition, the sector is also moving towards other partnerships. Thus, IWG, the number one in France for on-demand offices, is banking on franchising to continue to develop. “We are addressing in particular existing franchisees who are in the hotel or restaurant business and we are offering them a new brick in their strategy,” notes its managing director in France, Christophe Burckart.

Traditional commerce, already shaken up by the development of e-commerce, has been undermined by the health crisis. And the commercial vacancy has increased a lot in recent months. IWG, the number one in France for shared offices, saw new opportunities there. “We are starting to install flexible workspaces in shopping centers,” says Christophe Burckart, his general manager for France. The group has, for example, opened a site in Bordeaux, place des Grands Hommes, in the former JouéClub store. Users “are delighted to be able to shop when they leave work,” he says.