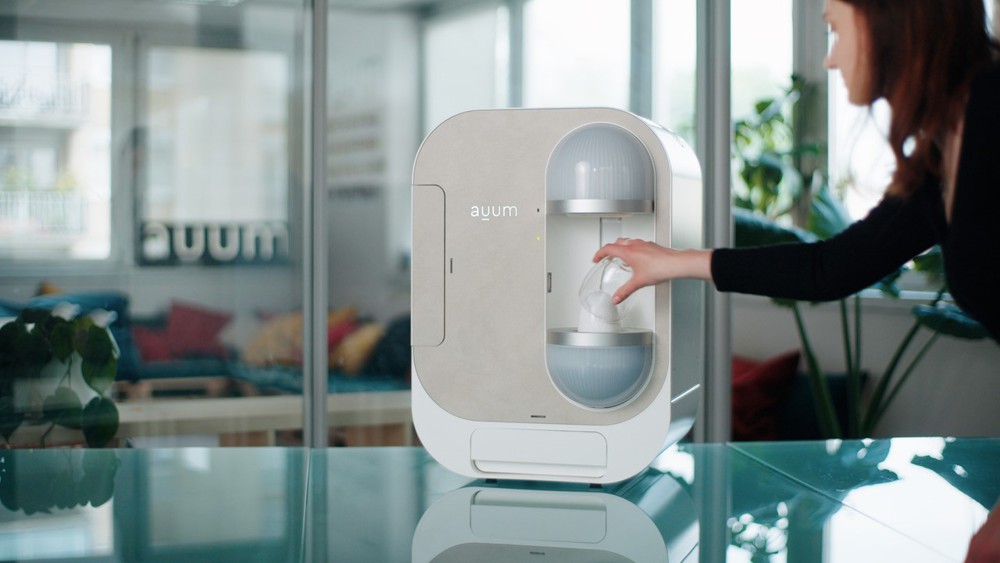 To encourage businesses to stop using disposable cups unique , Auum (for “let’s stop single use now”) has developed point an express glasswasher. The device, as big as a machine coffee, cleans, disinfects and dries glasses in 10 seconds, without chemicals, and consumes 2 centiliters of water at a cost of returns “equivalent to the disposable model”, explains Clément Houllier, CEO and co-founder.

The process involves injecting superheated steam into a enclosure that encapsulates the glass. This is a double-walled, handleless tumbler made by Bodum. Three patents protect this technology that required three years of R&D.

The company, which launched production of the machine in August, has just completed a fundraiser of 7 million euros to accelerate the industrialization and marketing of its product. The operation is underwritten by Starquest, Founders Future, MAIF Impact, its historical partner, and business angels such as the founders of Foodles.

The young innovative company claims to have already won over a hundred customers, including a third of CAC 40 companies, for a total of 500 machines representing a value of 4 million euros. She aims to reach 1,000 machines by the end of 2022 and aims to double next year.

The devices are provided for rental, at 180 euros per month, and the contract also covers maintenance. The start-up, which has a fifty employees, assembles the product itself. Until then, the production line was located in its premises in Bourg-la-Reine (Hauts-de-Seine). But, thanks to this fundraising, it will move in September to a new production center of 1,300 m2 at Châtillon, in the same department, to multiply its capacities by four and double its workforce in 18 months.

From next year, Auum will tackle the Swiss and Benelux markets, before targeting the rest of Europe. The company also intends to take an interest by 2025 in other types of single-use containers, in connection with mass distribution, food and even the market for cosmetics. It will offer a machine capable of washing standardized and consigned products on site that would be immediately reusable.