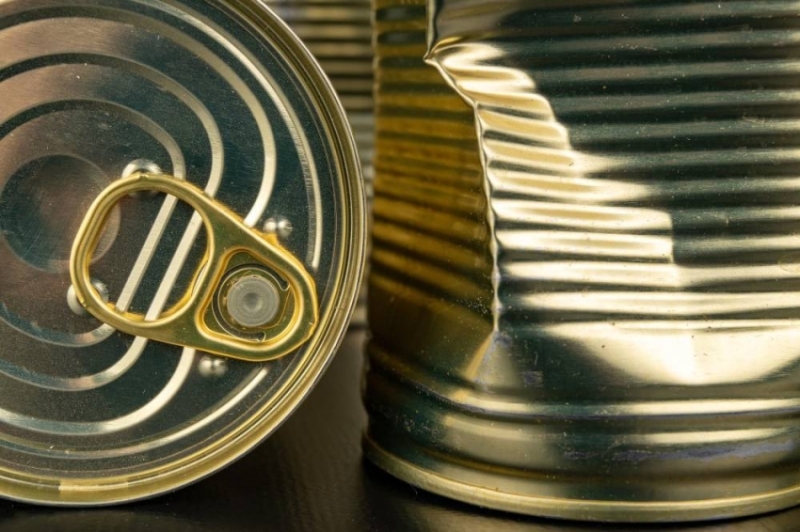 Most consumers nowadays resort to the use of canned and ready-made foods as they save a lot of time and effort in the cooking process.

All the advice given to consumers focuses on checking the expiration date of metal cans in grocery stores, but another key point that many neglect is making sure that the packaging does not suffer from any “severe dent.” According to the “Sky News Arabia” website, Lina Dergham, Director General of the Standards and Specifications Corporation, says that the first goal of “metal containers” is to preserve foodstuffs in a proper manner in order to ensure their safety throughout their validity period, and therefore the importance of the safety of these containers must be highlighted. from any harm.

Dergham pointed out that the containers may be exposed to several types of damage during the production and transportation process, noting that if the consumer finds that these containers are swollen, especially from the upper and lower sides, or suffer from “large dents” in dangerous places such as the lid, there is a danger of Air leaks into the package, resulting in food spoilage.

The reason for the swelling of the packaging

Dergham added that the package’s swelling is due to the fact that the sterilization process that was supposed to kill the bacteria in the food was not done properly, which leads to a proliferation of bacteria causing poisoning, which may result in deaths.

She continued by saying that all international food safety bodies advise not to buy damaged packages, because the consumer does not analyze the damage caused by this distortion in the package on the food inside, therefore, it is better to avoid it and not buy it.

The cause of rust on the packaging

She also drew attention to the rust that may be present on food packages, which cannot be removed by wiping, which shows that there is a defect that may allow air and bacteria to enter and thus lead to food damage.

In turn, the Director of Consumer Protection at the Ministry of Economy and Trade in Lebanon, Engineer Tariq Younes, stressed, in an interview with Sky News Arabia, the need for consumers of canned foods to distinguish between “severe dents” that lead to air leakage, and thus the growth of a large number of germs and bacteria. that harm the consumer, and “surface dent”, which means that the food is safe to eat.

He pointed out that the types of germs are multiple, and vary depending on the types of goods, their validity and conditions of storage and transportation, as neglecting any of the mentioned factors plays an important role in making the package vulnerable to “venting” and thus the entry of germs and bacteria into it.

The role of the canning process

According to Younes, the “canning” method during the production process plays a key role in protecting the health of consumers, noting that some companies use metal cans that contain double layers, or what is also known as “healthy cans,” which are tightly closed in order to keep bacteria away from their contents. .

Tags: ? "canned food dented" Do you on me risk your health