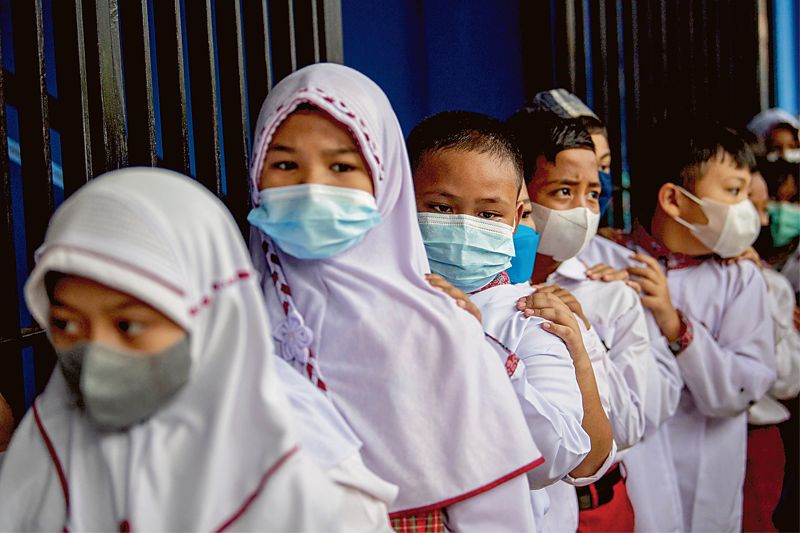 Africa’s fourth pandemic wave, driven primarily by the Omicron variant, is flattening after a six-week surge, the WHO has said even as it stressed that the shortest-lived surge to date in the continent was “steep and brief but no less destabilising.” .

The new Omicron variant was first reported to the WHO from South Africa on November 24. The World Health Organization (WHO) on November 26 declared it as a variant of concern.

“Early indications suggest that Africa’s fourth wave has been steep and brief but no less destabilising. The crucial pandemic countermeasure badly needed in Africa still stands, and that is rapidly and significantly increasing Covid vaccinations. The next wave might not be so forgiving,” WHO Regional Director for Africa Dr Matshidiso Moeti said. In a statement issued on Thursday, the WHO said, “After a six-week surge, Africa’s fourth wave-driven pandemic primarily by the Omicron variant is flattening.” — PTI

Hong Kong: Hong Kong International Airport said on Friday that it would ban passengers from over 150 countries and territories from transiting in the city for a month, as it sought to stem the transmission of the highly contagious Omicron variant. AP

London: Boris Johnson’s office on Friday apologised to the royal family for staff parties in Downing Street on the eve of Prince Philip’s funeral last year— the latest in a string of alleged lockdown-breathing gatherings. AP