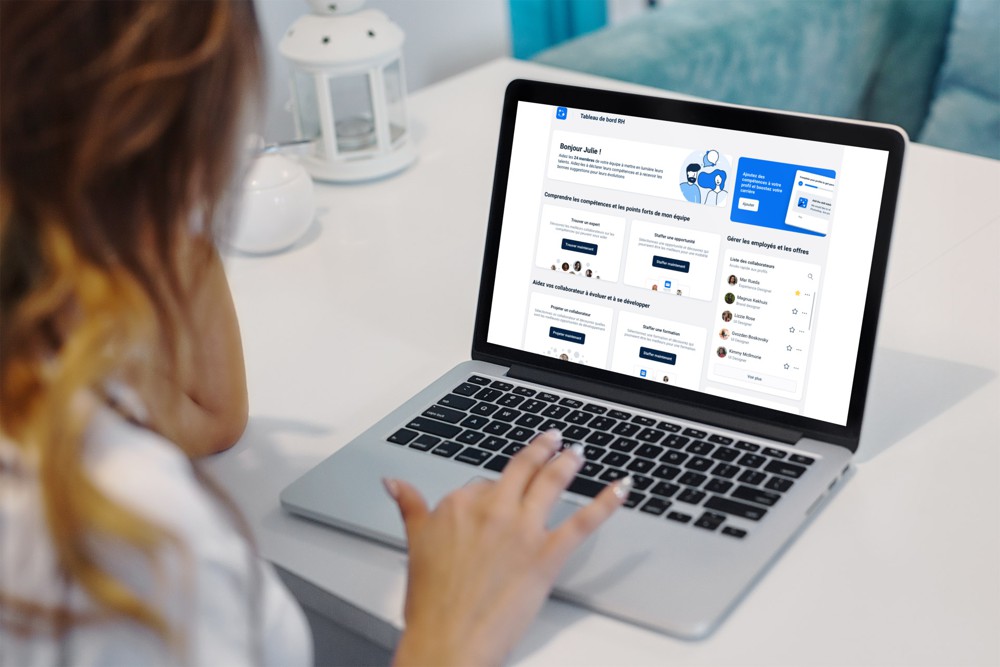 10 million euros for 10 million users in five years: this is the objective of the fundraising of 365Talents with two new investors, IXO Private Equity and Citizen Capital, supported by the historical shareholders (Ventech, Axeleo, and Alliance Entreprendre in particular). The three co-founders of this internal mobility platform remain in the majority.

Initiated in 2015, launched commercially in 2017, the skills and career management tool currently has 200,000 users in 60 countries thanks to the international presence of its main clients (EY, Société Générale, Allianz). It is aimed at groups of more than 1,000 employees, in particular in sectors undergoing transformation (banking, insurance, energy, environment) confronted with profound reorganizations, or at fast-growing companies, “where the trajectories of employees are all changing. the days ”, explains the president and founder Loïc Michel.

In Saas mode, 365Talents generates “several million euros in turnover, 100% recurring”, and targets one million users from 2023 to achieve profitability. The tool offers “a paradigm shift to win the war for talent internally, instead of striving to recruit externally.” We often look too far for the resources we have on hand, without seeing them, ”continues the manager.

But to gain this commitment from employees, “you have to offer them the right positions at the right time, corresponding to their skills and aspirations,” he warns. An even more crucial issue post-Covid “with the beginnings of a ‘Big Quit’, waves of massive departures to other horizons”, which worries companies according to Loïc Michel.

365Talents acts “dynamically” with employees by making suggestions for training, missions, mobility … It meets “70 to 90% employee engagement rate”, estimates its founder, “against 10 to 15% of information provided to classic career management ERP (Enterprise resource planning) ”. For companies, it is also a way of “anticipating business strategies by analyzing the gap between their human capital and the new skills required in their sectors and markets”.

The Lyon start-up, whose 30% of its income already comes from abroad, wants to expand massively internationally, with Northern Europe, then North America, as its first target. This implies technological developments which will swallow up part of the 10 million euros on translation issues. The platform, which has 45 employees, is operational in French, English, and most recently in German. Spanish is under construction.

“But employees must be able to express themselves in the language they want, without this limiting the scope of understanding and automatic processing of the data”. This amounts to “inventing a kind of cross-language skills”, designs Loïc Michel, who does not want a linguistic brake on the development of 365Talents.